130. And We afflicted the people of Pharaoh with barren years, and with shortage of crops, that they may take heed.

131. When something good came their way, they said, “This is ours.” And when something bad happened to them, they ascribed the evil omen to Moses and those with him. In fact, their omen is with God, but most of them do not know.

132. And they said, “No matter what sign you bring us, to bewitch us with, we will not believe in you.”

133. So We let loose upon them the flood, and the locusts, and the lice, and the frogs, and blood-all explicit signs-but they were too arrogant. They were a sinful people.

134. Whenever a plague befell them, they would say, “O Moses, pray to your Lord for us, according to the covenant He made with you. If you lift the plague from us, we will believe in you, and let the Children of Israel go with you.”

135. But when We lifted the plague from them, for a term they were to fulfill, they broke their promise.

136. So We took vengeance on them, and drowned them in the sea-because they rejected Our signs, and paid no heed to them.

137. And We made the oppressed people inherit the eastern and western parts of the land, which We had blessed. Thus the fair promise of your Lord to the Children of Israel was fulfilled, because of their endurance. And We destroyed what Pharaoh and his people had built, and what they had harvested.

138. And We delivered the Children of Israel across the sea. And when they came upon a people who were devoted to some statues of theirs, they said, “O Moses, make for us a god, as they have gods.” He said, “You are truly an ignorant people.”

139. “What these people are concerned with is perdition, and their deeds are based on falsehoods.”

140. He said, “Shall I seek for you a god other than God, when He has favored you over all other people?”

Muhammad is given a glance at the past to what has happened with the ancient Egyptians. Since they were using the Hebrews for slavery and not listening to Moses’s warnings many terrible things were sent to them in the form of plagues, infestations, and eventually death and sufferings. Eventually many of the ancient Egyptians were destroyed by drowning them in the sea, because they went back on their word to Moses and tried to kill the Children of Israel when the Pharaoh said they were free to go.

They inherited the land eastern and western parts of it that have been blessed. But some of them were not grateful nor had faith because they asked for Moses to create an idol of God, like the Egyptians had. Moses asked how could they seek for an image of a god, than the God of the universe that saved them? There is no form they could worship cause God is all around and is infinite.

A great possible explanation of how Moses parted the Red Sea: http://www.wsj.com/articles/how-did-moses-part-the-red-sea-1417790250 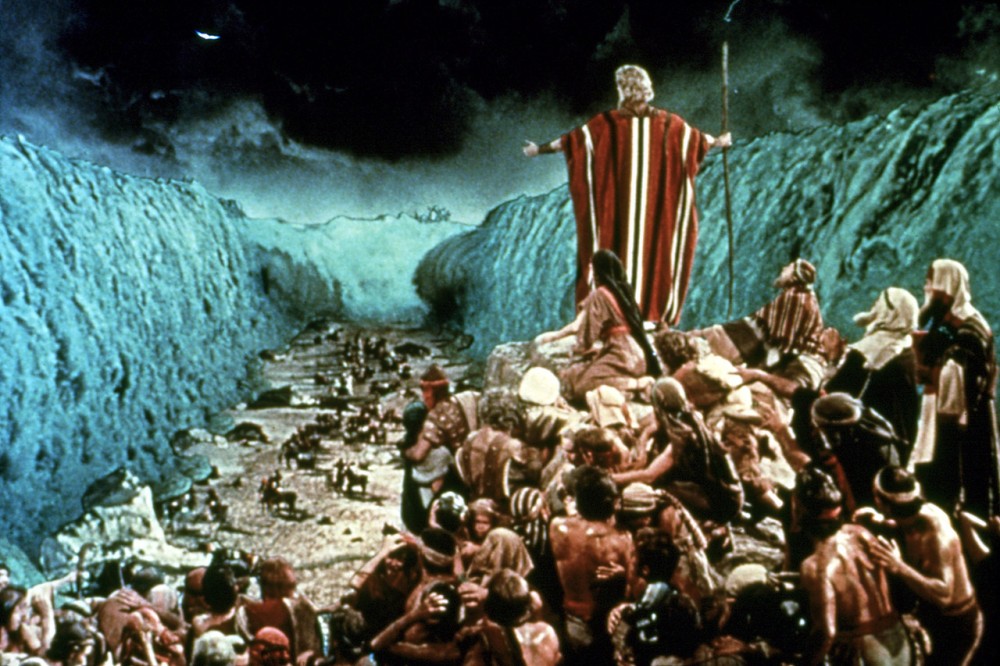