I finally broke my addiction to trying to show God in a different light to atheists or defend religion. Thanks to my loving man, I was able to find the strength to let go today…I want to help those that can not see, SEE. But just now I said my final goodbyes to the debate groups.

Here is what I said in hopes to help others with their addiction to debate and defend:

I think it’s my time to go from these debate groups. I am not running away…I enjoyed my time a little bit in this group, and I hope I showed a few of you a different perspective on God that a theist can have. I am a passionate believer in a Good force that is guiding Life towards it’s highest expression of itself.

My fiancé just came home and asked me why I am in debate with people in groups when I could be spending time with him at home, this is not my first rodeo…I love to discuss and “unwind” the inner workings of reality with others online. I have awakened as many others have in this world to understand there is a driving force behind all the spiritual wisdom brought to us by divine revelation, angels, or men just sitting quiet under a bodhi tree.

But my man just gave me the best example of asking me what is a dog. I pointed to my puppy running around my legs eager to be part of the conversation and I said, “him”. He said, “no, it’s this” and he picked up a bottle of vitamins near him. I said, “you are wrong cause many others would say this is a dog”, and he said, “but my parents and people I know say this is a dog.”

The point is, that no matter WHAT, the debate about God will be something that will go on forever until the end of days because humans have their own experiences, surroundings, and environments they have been brought up in. ONLY when you decide to step outside of your own circle of experiences you were brought up in will you start to understand the world, and the way that billions of people from around the world can see God. In stepping outside of your own circle of experience, you start to widen your perspective, and God grows and expands to encompass this universe and beyond. That’s what it means to wake up. The eye becomes opened to see ALL as being part of God and interconnected.

I wish you all well, but I have a life to focus on….cause let’s put it this way, spiritual growth doesn’t happen sitting on a computer, it happens through actions and what you do in life. So I am off of these debate groups, and leave you guys to fight, agree or argue. Just know that this theist Muslim American woman only wishes to see people start to hug and realize their truer interconnection to each other no matter their “views” on God.

So yes. I am done with debates and arguing about the existence of God. If God wants them to see Him, they will see…. 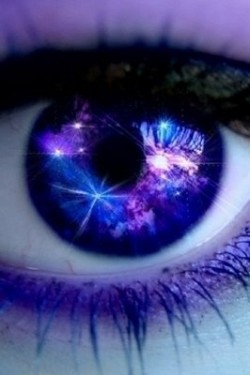